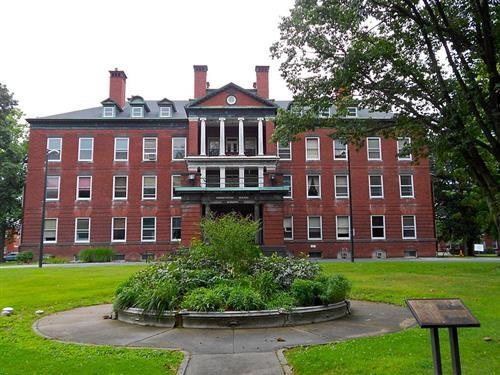 Opened in 1851, the hospital was originally known as Pennsylvania State Lunatic Hospital and operated under that name until 1937. Reports indicate it was a site of violent poltergeist activity. The hospital closed in 2006 when downsizing took place for Pennsylvania's public mental health system. The property is now used a general office space by a variety of state agencies.

Reports at the hospital include screams, strange noises, shadows, apparitions and footsteps. The areas at the hospital that are said to be most haunted are the morgue, basement and tunnels that are located underneath the basement. The exam room in the morgue is said to sometimes have blood-like stains that are found on the floor out of nowhere.

The hospital has been featured on an episode of Ghost Lab, where the team of experts explored the location.