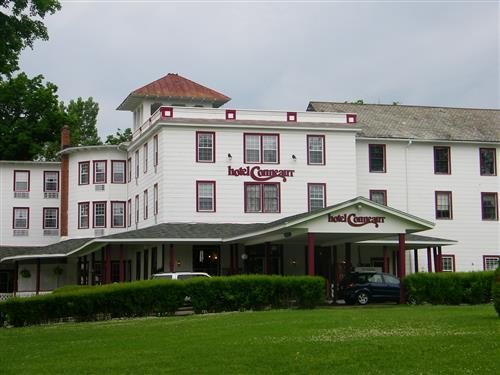 Established in 1903, the hotel set along a beautiful lakeside is believed to be haunted by several ghosts. There's the ghost of a bride who reportedly died in a fire, a young boy who died falling down stairs, and the mad butcher who was dismembered in the kitchen. Room 321 is particularly haunted with that of a doomed bride.