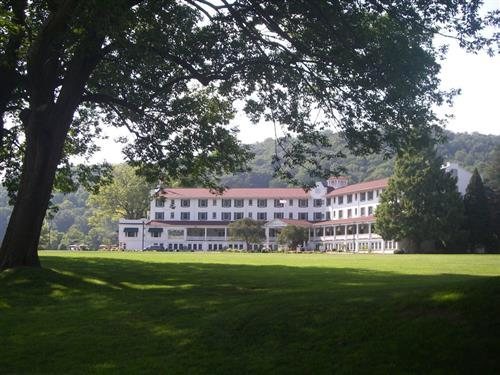 This inn is said to be haunted by a ghostly woman who usually walks past the lobby into the Dogwood Dining Room. The ghost is also said to use the ladies' bathroom, locking herself in a stall from the inside and then flush the toilet. Witnesses have described disembodied whispers and screams here. Stories say the mysterious lady was murdered in one of the rooms near the lobby.