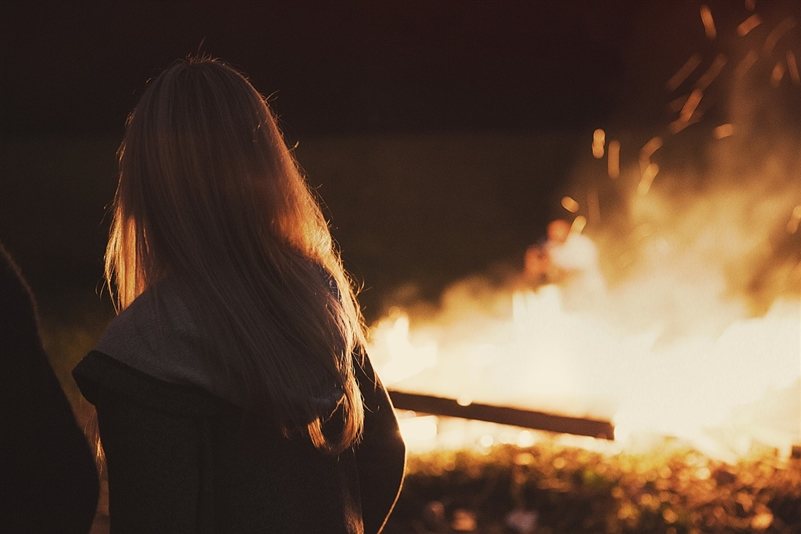 There’s just something really creepy about forest bonfires where you and your mates gather around to roast a couple of marshmallows and share horror stories. If you’ve seen the ‘Are You Afraid of The Dark’ series, you know exactly what we mean!

Now while it’s true that any story, whether real or fiction, when told in such a setting can be scary, to say the least, tales of haunted houses have an altogether different charm about them. When narrated in the right way, it can be the reason for your friends not being able to fall asleep for the next couple of nights. And if you happen to have this little gathering on the 31st of October, which is Halloween, you’d be able to spice things up even more.

So, are you already thinking about how you’re going to frighten your friends? If yes, then here are a couple of inspiring real-life haunted house stories that are sure to set you apart in the world of bonfire storytelling.

The Demented Ghosts in Eastern State Penitentiary
Eastern State Penitentiary in Pennsylvania was home to some of the country’s most notorious criminals some 150 years ago. It was the first prison that has solitary confinement (which often led to insanity) and was also known for punishments where prisoners were left wet in the cold until ice formed over their bodies! While hearing about the punishments themselves would give you the chills, there are ghost stories that’d make your friend’s blood curdle.  According to a locksmith who was restoring a cell in the 1990s, negative energy overcame him and paralyzed him temporarily. During this paralysis, the locksmith saw visions where faces appear on the walls. Since then, countless visitors have reported seeing ghosts, shadowy figures, and can even hear giggles, whispers, and wails! Talk about a madhouse!

The Creepy Stanley Hotel
Do you love The Shining? Want to tell your friends a real-life Shining story? The tales surrounding the Stanley Hotel in Colorado would serve the purpose perfectly. Located between the Rocky Mountains, this hotel may look like a romantic getaway with eye-catching views, but there’s a lot more at this hotel than meets the eyes. According to the owner, in 1991, a housekeeper lit a candle in a room while there was a gas leak causing an explore that burned down a tenth of the hotel. While the housekeeper lived, guests have claimed that her spirit still unpacks their beds and the sheets around them are done while they are sleeping. Still, other visitors claim that they can hear piano music without a player and children’s footsteps on the floor which was used for childcare earlier. In 2017, a man on a ghost tour is said to have captured two little girls on film, while there was no young girl whatsoever in the room.

The Welcoming Host of South of France
A family once traveled to the south of France for a 10-day weekend trip. They booked a cottage that was owned by someone who didn’t visit the place a lot and which was set on a far-off location. After two days on the road, the family drove down to a steep driveway towards the cottage, which had a water wheel next to the stone house. The house also had a deep cellar with stone stairs and was circled by a small river. When the family entered the house, they all felt chilly but didn’t pay a lot of attention to it since the cottage was set in a small copse. However, they felt cold and damp even after they had turned all the heating on. On their first night, a fire was set in the living room. While the children slept earlier, the parents went to bed a little later. Around midnight, both the parents awoke at the same time and saw that their bedroom door was opening slowly. At first, they thought it was their youngest daughter but later realized that it was a large, dark silhouette of a man. The man, who was standing stock still was looking in their direction and appeared to be appraising them. After a short while, the ghost turned and moved, as if he was satisfied, and then disappeared. The next morning, the cottage felt warm and dry, and the sunlight started shining through the windows. It felt as if the house had accepted them and like the ghost who appeared was welcoming them into the house.

Having real haunt stories to tell ensures you'll be able to scare the pants off of your friends. Just remember that in narrating the stories to follow these tips:

Now you're ready for a scare-filled night by the bonfire!

Let us know in the comments below if you have a real haunt story that'll be great to tell by the bonfire this Fall!